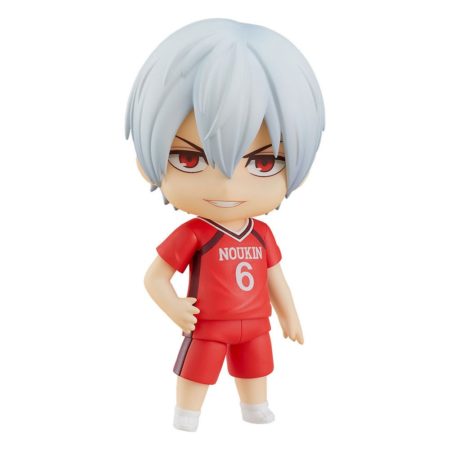 Based on the original The Nightmare Before Christmas film by Tim Burton, the king of Halloween Jack Skellington has appeared as a glow-in-the-dark figure!

Based on the original The Nightmare Before Christmas film by Tim Burton, the king of Halloween Jack Skellington has appeared as a glow-in-the-dark figure! The white parts of the Jack’s body, such as the face and hands, have been painted with phosphorescent paint to make them glow.

This figure incorporates 10 articulated joints for a wide range of movement, sculpted with his characteristic elongated limbs, allowing you to recreate his elegant mannerisms and delicate poses seen in the movie. The pattern of his outfit has also been carefully recreated; even the hem of his jacket can be posed to flutter in the wind using the revolver joint on the waist.

There are 4 different facial expressions: surprised, threatening, thinking, and a tricky face. He comes with 3 types of hands, both left and right hands that are convenient for expressing when he’s surprised or holding something, and an opened left hand useful for expressing thoughts. Use them in combination with the facial expressions on the included decorative diorama-style stand for an otherworldly display.

The included decorative stand reimagines the world of The Nightmare Before Christmas with its gorgeous colours and fantastic sculpt. A tree branch pin can be attached to the back of the Jack to allow installation on the display stand.

Product Features
• 7.3 inches (18.5cm)
• Made of ABS and PVC
• Based on The Nightmare Before Christmas
• Part of the Revoltech line
• Glow-in-the-dark version